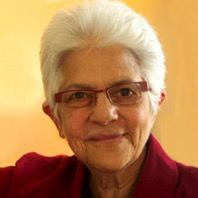 Why I care about the Institute of Coaching:

I enjoy working at the Institute because of the expertise and positive collaborative spirit of the team. Contributing to the success of the Institute’s work identifying coaching strategies that create optimal positive change for individuals and organizations is both gratifying and interesting.

Ellen Shub is the Grants Administrator, Project Coordinator and Photographer for the Institute of Coaching.

She brings to the Institute experience in the management of multi-faceted deadline driven public information and education projects. She is an award winning photographer and media producer having worked on Emmy, Peabody and Freedom Foundation winning documentaries and programming with NBC News, Westinghouse Broadcasting, WCVB-Boston and independent producers.

Her photojournalism is widely published by wire services and in newspapers, magazines, books and films in the United States, Belgium, Canada, Germany, Great Britain, Japan and Korea and across the Internet. It has appeared in over 20 exhibitions. It been published in Time Life Books Our American Century and been featured on NBC Nightly News.

She has worked as a grants administrator for a foundation funding grassroots organizations engaged in social justice activism, and for the New Art Center, a community art center In Newton Massachusetts. She has served on the Boards of the Civil Liberties Union of Massachusetts and Cambridge Documentary Films.

She has studied at University of Rochester, the Annenberg School of Communications at the University of Pennsylvania, the Carpenter Center for Visual Studies at Harvard and has an M.ED from the Harvard Graduate School of Education.