Grounding Our Coaching: How Linguistic Coaching Came to Be

Submitted by Carylynn Larson November 1, 2018 - 3:15pm
Grounding Our Coaching: How Linguistic Coaching Came to Be

Linguistic coaching, also known as ontological coaching, is coaching based on “understanding of language, moods and conversations for behavioral and cultural transformation” (The Newfield Institute). For example, many coaches learn of Speech Acts, which reflect the ontological coaching tradition. In his first bestseller Language & the Pursuit of Happiness, Newfield-trained coach Chalmers Brothers lays out two basic claims of ontological coaching:

In this blog, we share the historical context, origin, emergence, inspiration, and  scholar contributions  to these fundamental coaching concepts. Let’s meet the philosophers and scientists whose concepts gave birth to ontological coaching.

Four philosophers – a Scotsman in the midst of civil war, a German during the rise of Hitler, a Brit post WWII, and an American writing at the end of the turbulent 1960s – contributed significantly to the claim that language creates and generates, it does not simply describe.

Scottish Philosopher Thomas Reid was one of the first to identify speech as action. In the mid-1700’s Reid coined the terms promises, contracts, and declarations. Inspired by cries for freedom, Reid wrote during a time when the Highland people of Scotland were waging their final wars of Scottish independence from Britain.

Over a century later, Gustaf Stern, a German Philosopher, began discussing how we use words and how words evolve to convey meaning. In his book, Meaning And Change Of Meaning, Stern asserts human cooperation emerges from speech:

“Men do not speak simply to relive their feelings or to air their views, but to awaken a response in their fellows and to influence their attitudes and acts.”

We affirm Stern’s assertion when we talk about the importance of conversations and language in coordinating action, promoting cooperation, and leveraging influence.

The next notable reference to speech acts emerged with J.L Austin and one of his students, John Searle.

In his 1955 publication of How to Do Things with Words, J.L Austin wrote of performative (vs. non-performative) utterances, through which language evokes a change in social reality. For example, saying “I do” at a marriage ceremony is a simple act of speech forever changing the nature of the relationship. Austin also distinguished between:

Austin believed that by saying something, we do something.

A student of Austin and others, John Searle (1969, 1979) described language as the mechanism that enables us to coordinate action. Searle’s idea is that thinking, understanding, and doing are all acts of interpretation from which meaning is generated. This occurs in language and is also evident in our emotions (moods) and physiology (bodies).  Searle also wrote of conditions of satisfaction associated with promises and coined the following terms:

We Live in Language

The idea that human beings live in language suggests that, in addition to the creative capacity of language, our language acts as a powerful filter through which we interpret the world around us. Writings that reflect this claim emerged in the 20th century, and most notably, through the writings of a Philosopher, a Biologist, and a Linguist.

Acknowledged as one of the most original and important philosophers of the 20th century, Martin Heidegger contributed to diverse fields of phenomenology, existentialism, hermeneutics, political theory, psychology, and theology. His main interest was ontology, the study of being. Heidegger proposed that human beings have the capacity to be aware of what we are like (i.e., we’re able to observe how we observe). As such, we can shift our way of being by choosing to see things differently (Being & Time, 1927).

Our next great contributor, Biologist Humberto Maturana, was born the year after Heidegger published Being & Time. Maturana began writing extensively in the 1970s and 1980s and his research into the neurophysiology of vision led to his Theory of the Observer. He noticed that we create our reality from the inside out, filtering data coming through our senses from the outside in. Our minds create a map of the external world that frames our interpretation of what we see. As we make finer distinctions through language, we shift our version of reality. For example, when we learn botany, a forest is no longer merely a forest, but rather each and every forest becomes a unique ecosystem of plant species.

More recently, Linguist Michael Halliday (2004) offered what is perhaps the first discourse on the idea that event does not equal explanation. In his systemic functional theory of language, Halliday describes language as a systemic resource for meaning, and highlights the ideas that as humans, we get to choose the explanations we create for events that happen to us and around us.

Our final set of scholars are among the earliest to apply these concepts to the fields of Psychology and Business.

Albert Bandura’s focal area was the exploration of how self-referent thought – how you think about yourself – influences your psychological functioning (1979, 1981). Bandura took the Theory of the Observer and began testing its validity and implications in the domain of learning and development. His research demonstrates that when we believe we are capable of doing something – for example, overcoming a phobia or recovering from a trauma – we are in fact more capable of doing so.

Meanwhile, Robert Rosenthal espoused his theory of self-fulfilling prophecy (1968). He found that our expectations of others have real and measurable impacts on those individuals. For example, teachers’ assessments of their students impact student growth and performance at the end of a school term.

American business theorist Chris Argyis used these ideas to explain how our thoughts about challenging situations and events impact the strategies we choose to address them. Argyris’ double-loop learning model (1977) is the basis for the Observer, Action, Results model of Ontological Coaching.

Fernando Flores founded the discipline of Ontological Coaching as a powerful and practical approach to living, learning, and working. While in Chile (prior to the 1979 coup and Flores’s subsequent imprisonment), Flores had many conversations with the biologist Humberto Maturana. Flores integrated the ideas of Maturana, Heidegger and Searle, and (alongside Rafael Echeverria and Julio Olalla) formed the concept of Ontological Coaching. Echeverria and Olalla later (1990) formed the coach training organization, the Newfield Network, thus bringing us full circle to our one of our own teachers, Newfield-graduate Chalmers Brothers.

We hope that what you learned about our ontological coaching roots inspires you to explore our coaching heritage. We welcome comments and questions! 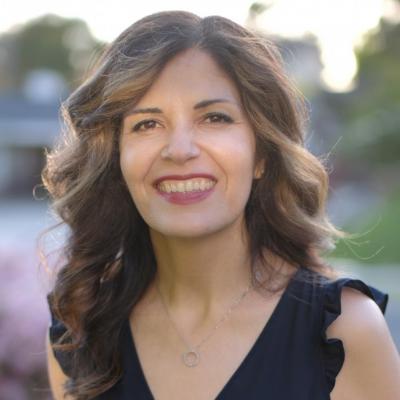 Great article Dr. Larson ! I learned so much !  thank you!