Tips on How to Coach the Global Nomadic Leader

Did you know that 40 percent of leaders assigned to new positions or overseas posts fail after 18 months? The derailment costs companies at least 10 times these leaders’ expensive annual salaries. Such failure further demoralizes employees and jeopardizes relationships with business partners, customers and other stakeholders.

Amid accelerating change and globalization, companies are faced with the difficult challenge of thinking globally, while acting locally. They are in dire need of global leaders who possess an exceptional ability to accelerate business in complex and ambiguous environments. Global Nomadic Leaders have these unique skills. Who are they? What is their Achilles’ heel?

A global nomadic leader is global in that s/he was raised in multiple cultures, speaking multiple languages as a child, when his/her identity was being formed. S/he has had a significant experience with a host culture.

Let’s take Juan. Juan is a global nomadic leader because he was born in India, lived and grew up in Spain, and underwent his higher education in the US. He now works in Switzerland. He is nomadic because he grew up being mobile and continues to be. Juan moved just about every four years while growing up with his diplomatic father.

He is a leader in that he is now in a position of authority working across national and corporate cultures and working within complex, multicultural contexts. If you were to ask Juan where home is, he will likely say something like, “home is everywhere and nowhere.”

Juan has qualities that served him to adapt more readily: A sense of observation, curiosity and the ability to learn different beliefs, attitudes, and cultures. Like figuring out a puzzle, Juan has demonstrated his passion for this type of complexity. Juan might have had no choice as a child to move multiple times but he chooses how he will live as an adult. Bringing his family to different environments adds complexity to both his professional and personal life. Managing transitions becomes Juan’s key attribute.

So Juan’s aficionados will say he is highly mobile and adaptive. Adapting quickly and smoothly is essential to make friends, and integrate. Juan thrives on change and is gifted with multicultural intelligence. At best, he readily understands how to run business and manage employees across cultures, promoting cohesion while respecting diversity. He epitomizes the integration of several cultures within his own cultural identity. Are these not intrinsic qualities to succeed on an overseas assignment? “What a minute you might say! What is Juan’s Achilles heel?” Who is he loyal to?

Global Nomadic Leaders can suffer from loneliness when home seems more like nowhere rather than everywhere. Juan starts up relationships quickly because adapting is not just nice to have but a survival kit in unchartered territory. But Juan might have unresolved grief. He has moved so many times, saying goodbye to friends and family, that he may have trouble committing himself to a long term relationship or committing to any one company over time. Someone who has had so many moves, prepares themselves unconsciously for the next one. Juan may suffer from not being rooted and may need a psychological home – an anchor. For example, one of my executive clients who changes countries every two years, bought a chalet in Villars, Switzerland and called it home. I asked him, how much time he spent in his chalet with his family? “Only two weeks a year,” he answered,“ but it is home. We return there once a year, and it is always the same.”

Global Nomadic Leaders, when disappointed personally or professionally, will do what they know best and, that is, change their situation and that situation just might entail changing their company, a relationship or a country. To some, Juan is unpredictable.

Does Juan also need change because he is bored easily or has he internalized a four-year mobility rhythm and becomes restless just before or after the four years? As a child, the change was imposed on him by his diplomatic father but as an adult, he is able to defend himself from an internal rate of change by being proactive and instigating the change.

What is essential for coaches is to leverage these global nomadic leaders unique quality by understanding what their anchors are. What is the constant in their constantly changing environments? For many, it is their families, for others working for an institution such as the Red Cross, it might be their unwavering belief in the mission, which allows them to risk their lives in dangerous zones. For still other global nomads, their anchor might be a specific relationship. These James Bonds of change can suddenly be completely at a loss when one of their anchors is yanked out from under them. They then do what they know best: change radically. Another client of mind was a rising star in a multinational and adored his job. When his girlfriend decided to leave him after years of following him around the globe, he broke down and wanted to change everything and start a new career as a musician. Did he really want to become a musician? He had the talent. This is where the coach needs to determine if the desire to change is to avoid a painful situation when global nomadic leaders react in a predictable way. They do what they know instinctively: change context.

For coaches to support Global Nomadic Leaders, it is essential to correctly diagnose these leaders’ underlying need for change. Is it boredom from an unchallenging job? Is it being stifled in a bounded environment? Is it a sense of rootlessness, or unresolved grief or a fear of long-term relationships? Understanding the particular attributes of the Global Nomadic Leaders and which anchors allow them to be so mobile will make all the difference when coaching them. More importantly, Global Nomadic Leaders will feel deeply understood. 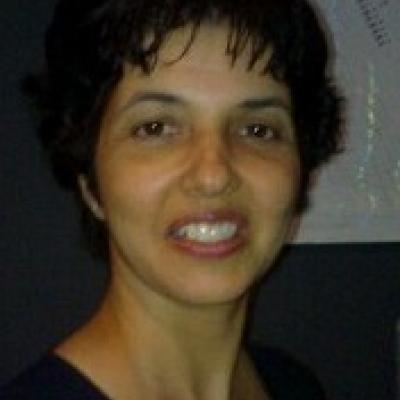 Katrina, you have brought out  insightful and valid points concerning the 'global nomadic leader' !

Also the point about discovering their individual anchors in understanding them, makes sense.. as i believe a lot of that can be unconsciously shaping their behaviours.

thanks for a wonderful article..