Transitioning From Founder to CEO

CEO-Founders are a unique breed. They are generally brilliant entrepreneurs who are looking to solve problems creatively without the burden of status quo solutions that traditional companies are saddled with. Early on, they come up with an amazing innovation, they attract a small group of talented team members, and raise capital. But success sometimes brings unwelcomed change. The hands on leadership approach that worked when the team was small and nimble is now viewed as intrusive or micro managing. The organization becomes dysfunctional. The pressure from investors grows. The impact on these pioneers is sometimes devastating. Coaching is becoming widely accepted as a potent remedy.

As an executive coach for many CEO/Founders around the world, I’ve seen many clients  reach a point when they scale their business and the stress levels go way up. They feel the team doesn't move as fast as it did when they were early stage innovators. What they want is to be able to have the same energy and excitement  they had when they were getting the company going. Unfortunately, most of them feel overwhelmed and find the business isn't as fun anymore. So, they think they need to push their team harder or work harder and everything will be ok. They try to find someone who can do the job as well as they can, which is impossible in their estimation. What they need to do is learn a way to have the team be almost self-organizing so they can get back to what they love doing: evangelizing and creating the next innovative idea.

I interviewed a handful of CEO/founders who are just past Series A funding rounds. Their greatest fear is failing. This is particularly intense for these executives because they went out and convinced financial backers and early employees to follow their vision. If they don’t meet the performance expectations, many said that life as they know it would be over.

The pressure can be devastating. Some data provided by executives at Alpha Bridge Ventures revealed that 30% of founders suffer from depression. 27% have problematic anxiety. 65% of startups fail as a result of co-founder conflict which is higher than the divorce rate. 30% of these emerging companies cite mental health as a key to their failure.

The personal change that most CEO/founders experience when they reach a series A round is immense. They evolve from a highly tactical yet creative role to a more strategic hands-off leadership role. Not all are up for the change.

One CEO in particular who I coached  was diligently trying to make the transition from high performing early stage visionary to an enterprise scaling CEO. We collected feedback from key stakeholders that revealed several blindspots. The CEO did all the right things, but little changed in her behavior. I had to meet face to face and ask if she really wanted to do what it takes to maximize the team or stay a founder only. She admitted that it wasn’t as much fun anymore. When she was innovating, fund- raising and bringing the product to market, life was a 10. Now that she moved to a more strategic role, life was not as fulfilling, maybe a 5 at best. I asked point blank if she was up for the changes ahead. She paused and said yes.

Together we equipped her with an internal feedback mechanism that called her out when she fell back into micromanagement habits. Engagement levels went from a scenario where nearly all employees were ready to leave to one where outsiders are looking to be a part of this dynamic team.

After working together, my client gave the following feedback:

“I knew I was in a tailspin, but couldn’t figure out how to move forward. I was always the person at the center of everything. Now I felt like I was getting in the way. I felt worthless. We went through a series of candid feedback sessions with my direct reports and others who knew me well. At first, at some level, I felt just asking for input on my behavior would be enough. You used frameworks and approaches other CEO coaches I’ve worked with didn’t. Eventually, you got me to realize I had to put the work in to make lasting change. People in all aspects of my life notice the difference and my company has never been more aligned.”

Leadership coaching is widely accepted thanks to pioneers like Steve Jobs and Larry Page. Both these luminaries relied on the outside influence of the late Bill Campbell, who was subject of the best-selling book “The Trillion Dollar Coach”. It is almost to the point where if you aren’t willing to get a coach, you probably don’t want the job anymore.

The need still is greater than ever. Things are moving so fast, CEO/Founders don’t have the proper tools to diagnose what’s going on in their world. Many face this state of overwhelm and realize that they need a safe place to air their fears. Compassionate, focused coaching can help them find a better path. 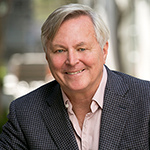 David is now compassionately committed to accelerating individual, team and organizational performance. With nearly four decades of experience training emerging and established business people, David and his associates have learned and developed unique neuroscience supported methodologies that are proven to turn obstacles into opportunities and foster success to a variety of businesses.