Webinar: The Art of Lingering in Dialogue

Dialogue has become a central medium for building relationships and alignment between co-workers, leaders and teams. In organizations and in helping professions, dialogues are important: they shape and foster a culture grounded in fruitful interactions, reciprocal and transformative leadership.

In this highly interactive webinar, Dr. Reinhard Stelter will share his approach to “third generation” coaching, which can engender new forms of reflective and transformative meaning-making, and provide valuable reflections based on moments of symmetry among participants. The goal is to incorporate the art of lingering in coaching as a potent form of human connection—applicable in professional and life contexts.

In this rich and nuanced approach to coaching, a coachee is invited to discover his or her ethical stance and personal values that make daily and professional life (more) meaningful. Pausing and lingering, in dialogue, opens new possibilities for fundamental self-awareness and personal growth. Dialogue provides a framework for supporting agency—and action—in the world with personal integrity. Thus, the dialogue is not a quick fix technique, but a deeply nourishing conversation that helps a person discover where they stand. 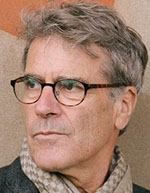 Reinhard is an accredited member, Associate Fellow and Honorary Vice-President of the International Society of Coaching Psychology (ISCP) and, between 2009 and 2015, a Scientific Advisory Council member of The Institute of Coaching.

He is an active researcher and reflective practitioner in the field of coaching psychology. He works as coaching psychologist, leadership consultant and supervisor in his own practice. His recent book publications are “A Guide to Third Generation Coaching – Narrative-Collaborative Theory and Practice”  (Springer) and “The Art of Dialogue in Coaching – Towards Transformative Exchange” (Routledge) which has been awarded as Coaching Book of the Year 2019 at Henley Business School.

In this highly interactive discussion, Rick Simmons, CEO, the telos institute, will provide coaches the framework to work with clients and leaders to help them realize the incredible potential of these uncertain times.  At Telos, we use the term “liminal space” to define periods of discontinuity that create an openness to change, much like the environment many of us find ourselves in today. Utilizing real-life examples of when liminal space was best managed for transformative results, the discussion will highlight effective methods to facilitate the journey to successfully capture the power of liminality.

Join Jeff Hull and other IOC Fellows to discuss the Unleashing the Power of Liminal Space webinar from Rick Simmons.  We will be discussing key themes as they apply to our coaching practices.

The Internal Family Systems model is an extremely popular form of psychotherapy that is  increasingly being applied to coaching. Using it, coaches help clients quickly access a state called the Self which is characterized by qualities like calm, clarity, curiosity, and compassion. Then, from that state, clients explore and transform their relationships with the parts of them that are blocking their goals or their vision. Finally, they are more able to lead their personal and work lives from the state of Self-leadership which creates more harmony in their relationships.

You're great at what you do - and now it's time to ensure even more people recognize it. Dorie Clark - Harvard Business Review author and Duke University executive education professor - will share practical strategies to help you build a following around your ideas and ensure you're viewed as an expert, not a commodity.

Everyone has stress on their brains (and bodies) these days, and as a coach it’s critical that you understand how to facilitate the use of stress in ways that are helpful instead of harmful. Neuroscience research demonstrates that our brain and nervous system can adapt in both positive and negative ways to stress. It’s not the stress itself that causes the problem but our response that impacts our lives.