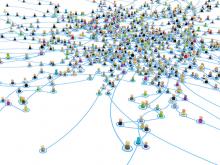 The term ‘systemic coaching’ is now widely used, usually to articulate the value for the coach of looking beyond the immediacy of the one-to-one coaching relationship. It is also being used to describe some specific, and quite different, ways of thinking about systems. If coaches are to make sense of this evolving narrative, then the industry as a whole must further familiarize itself with the relevant thinking from the worlds of systems thinking. In this webinar we’ll review five different ways of thinking about systems and consider how each philosophy might manifest differently in the work of a coach. 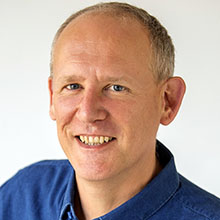 After completing a PhD in Psychology, Paul embarked upon a corporate career with BP plc, leading teams and businesses in the UK, Spain, Portugal, Australia and Japan. Paul has been working as a coach and consultant since 2007, based in Sydney Australia, and has over 4,000 coaching hours working with individuals, groups and teams. Paul conducts research on a regular basis and has published more than dozen academic articles and book chapters. He has authored four books: Leading Change: How Successful Leaders Approach Change Management; Coaching in Three Dimensions: Meeting the Challenges of a Complex World; The Tao of Dialogue and Coaching Systemically: Five Ways of Thinking About Systems. Paul teaches coaching at the Sydney Business School, University of Wollongong, is an Honorary Research Associate at Oxford Brookes University, and represents both the Association for Coaching and Association of Coaching Supervisors in Australia. He also just recently published a paper on Team coaching: Systemic Perspectives and their Limitations.

Join Jeff Hull and other IOC Fellows to discuss the "Coaching Systemically: Five Ways of Thinking About Systems" webinar from Paul Lawrence.  We will be discussing key themes as they apply to our coaching practices.

You’re great at what you do — so why aren’t your coaching clients getting promoted? Amii Barnard-Bahn, former Fortune Global 50 Exec, HBR contributor and coach, will share the 5 key elements of promotability she learned on her way to the C-suite, share practical strategies to help you work with clients to progress to the next level in their careers, and discuss how the Promotability Index model connects to organizational diversity and inclusion efforts.

In this webinar,  IOC thought leader Erica Dhawan combines cutting-edge research with engaging storytelling to decode the new signals and cues that have replaced traditional body language across genders, generations, and cultures.

Join Jeff Hull and other IOC Fellows to discuss the "Digital Body Language: Coaching for Collaboration" webinar from Erica Dhawan.  We will be discussing key themes as they apply to our coaching practices.

In this webinar, Dr. Jennifer Irwin and PhD student Katie Shillington will share preliminary findings from an ongoing study where they are assessing the impact of a motivational coaching, resilience-promoting peer mentorship program on the resilience, mental health, quality of life, compassion, and social support of graduate students at Western University.