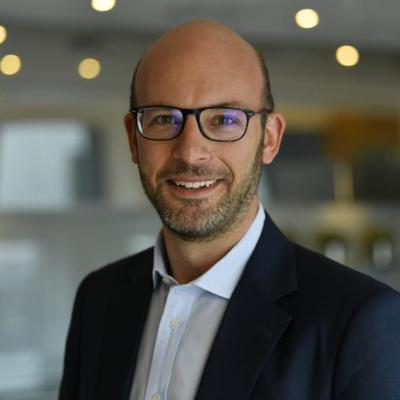 James is global head of talent and chief learning officer at Goldman Sachs. In this role, he acts as an executive coach to the senior leaders of the firm and leads the recruiting, learning, leadership development and talent management teams, including Pine Street. James is a managing director ally of the LGBTQ+ Network.

James joined the firm in 2010 as head of Pine Street in Asia Pacific, based in Hong Kong, was named managing director in 2013. He relocated to London in 2015.  Prior to joining the firm, James was a partner at Stanton Marris, an advisory firm specializing in leadership and organizational development. He began his career at Mitchell Madison Group, a strategy consulting firm that serves the financial services industry.

James serves on the board of Ambition Institute, a graduate school for teachers and school leaders.

James earned an MA in Classics from the University of Oxford and an MBA from INSEAD in Singapore and Fontainebleau, France. James has furthered his studies in psychotherapy and counseling psychology at Regent’s University, London, and in executive coaching at The Tavistock Institute, London.