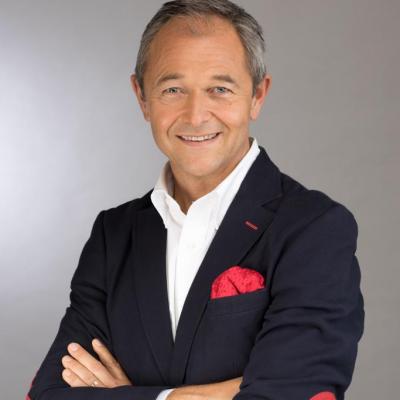 Jan Mühlfeit is global strategist, executive coach, mentor and former Chairman Europe, Microsoft Corporation. His personal mission: “I help individuals, organizations and countries around the world to unlock their human potential”.  Jan has proven record in building successful teams and organizations in his almost 22 years long career in Microsoft, where he served in different executive positions. Based on his global experience he created a rather unique methodology to find personal uniqueness for individuals and teams, personal vision, and how to implement vision through individual uniqueness. Jan is teaching his course globally both in private and public sector. This methodology which roots are in positive psychology is based not only on his own experience, but also the experience of many of the top individuals in the global world of business, politics, as well as sport, with whom he had the honor to meet, work and spend time worldwide for many years.

He coaches top executives from different countries and continents and he works closely in the coaching and mentoring field with INSEAD, Cambridge, Gallup, and SeedCamp.

Jan is a well-regarded global speaker at WEF, OECD, EC, EP, Harvard, INSEAD, Cambridge, and Economist events. Jan has been interviewed by CNN, CNBC, Bloomberg, Financial Times, New York Times and WSJ. From 2008 – 2010 he was moderator of CT24 morning talk show Rendez-vous in Czech TV.
He is also a Senior Strategic Adviser for Atlantic Bridge Venture. He has been serving in different advisory boards of several European governments in the field of ICT, national competitiveness and education. He is involved in an advisory capacity in different projects of WEF, OECD and EC.

Jan Mühlfeit joined Microsoft in 1993 in Czech where he hold different leadership positions. He received the MS President’s Award for Excellence in 1994. Jan was named RD of MS CEE in 2000 and promoted to VP EMEA in 2002. Under his leadership, CEE became company’s best performing region worldwide for four consecutive years. In 2004 he also became a co-architect of MS global emerging markets strategy and member of Microsoft executive board for emerging markets.

Following these achievements, Jan Muehlfeit assumed the role of VP PS EMEA in 2005. He was named VP, EMEA Corporate & Government Strategy in 2006 and was subsequently promoted to Chairman Europe, Microsoft Corporation in 2007. He was key in normalizing Microsoft relationship with EU institutions. Jan left Microsoft at the end of 2014.

Born in 1962, Jan Mühlfeit grew up in Czechoslovakia. He received a computer science degree from the Czech Technical University and later on completed executive development programs at Wharton, LSE and Harvard.

Global Strategist I Coach I Mentor