How to Get the Most Out of Coaching

A lot has changed since I first started coaching leaders. Twenty years ago, when I finished my PhD in psychology and switched careers from HR to executive coaching, my first assignments were usually remedial. I was seen as the shrink who would be brought in as a last resort.

Today, coaching is no longer considered a last ditch effort to “fix” a wayward manager. Instead it is fast becoming one of the perks of being good. At a certain point along your journey from individual contributor to manager and beyond, if you are considered high potential, you may be offered a coach.

This is a good thing. A great coach can be hugely beneficial, helping you to elevate your self-awareness and deepen your knowledge about evidence-based leadership practices that bring out the best in the people you lead.

Yet, as coaching becomes more commonplace, I’ve noticed a growing risk for both coach and coachee: that both will view the engagement as a quick hit work-out that checks off goals the way you would tweak a few muscles or drop a few pounds with a fitness trainer. When coaching is a short-term, rather ordinary rite of passage for high achievers, it is far too easy for the coachee to put “accomplish coaching” on the to-do list and check it off like one more step up the ladder to success. For a coach who is committed to pushing the envelope with his or her clients — and the coachee who really wants to up their game as a leader — I say, “not so fast.”

Let’s look at an example. Recently I was hired to work with Andy, a top performing manager of a product design team at a fast growth tech startup. Given feedback from his boss that he was doing great but needed a coach in order to become more visible and supportive with cross-functional peers, Andy attacked this goal like the high-achiever he is. Within a few weeks we had put a plan in place, devised strategies, and begun chipping away at his goal. I’m sure the coaching was useful. But it was not life-changing.

Here is the rub: the coaching goals were not particularly difficult, nor did they require deep reflection on his part. As his coach it would have been easy for me to go along supporting the process, keeping him on track and declaring the engagement a success. But along the way I had to ask myself (and him): are we really digging deep into work that might transform you as a leader?

As coaching becomes more commonplace and high achievers use coaches as one more tool in the toolbox, both parties need to stay on point and be sure that that they step up to that cliff edge of growth. If real transformation is to occur, then at some point the engagement should become downright uncomfortable — for both the coachee…and the coach!

If you are fortunate enough to be offered a coach, here are five keys to getting the most out of the experience. It’s not just about getting your money’s worth. It’s about keeping the coach on his or her toes, and truly accelerating your growth.

To see how this might work in real life, let’s go back to my work with Andy. A few weeks into our engagement, he was feeling quite satisfied with his progress at building cross-functional bridges. The coaching engagement seemed to be going well, but I was feeling uncomfortable. It all seemed a bit too easy, not quite the stretch that would challenge Andy’s growth edge. So I asked him straight out: “As you peer into the crystal ball and envision your future with this organization, what do you fear the most?” Andy was taken aback at first, and a bit cavalier (e.g. what, me worry?), as you might expect from someone whose upward trajectory had been relatively smooth to date. But I pressed him to reflect. He came back to me a week later and, much more vulnerable, shared, “I have a feeling I’m going to be asked to manage a virtual team at some point. And when I think about managing technical folks in India or Ireland or Eastern Europe, my initial reaction is: no thanks—too hard!” Bingo, I thought. Too hard? And we were off.

You can imagine how this story ends. It was a big deal for Andy, as he did balk at the idea of managing a global team. It is, as many of my clients discover, a task of a different magnitude to build a high-powered team across the globe, with cultural variations, time zone challenges, and limited face time for personal bonding. But it can be done. Uncovering his fear that it would be really hard signaled to me that sweet spot where coaching could make the biggest difference.

Today, Andy manages many technical folks all across the globe. He regularly coaches his team leaders on how to lead multi-cultural teams across multiple time zones without burning out. Bottom line: Andy had to truly stretch. His beliefs, his style, his presence, his communications, his time management — almost every level of leadership came into play when it came time to manage a geographically dispersed team. And I think it safe to say that coaching helped.

So when you get the opportunity to work with a coach: go for it.  Push yourself into that place of discomfort or vulnerability that brings out the best in the coach...and in you.

Jeffrey's latest book, Flex: The Art and Science of Leadership in a Changing World, is now available for pre-order. 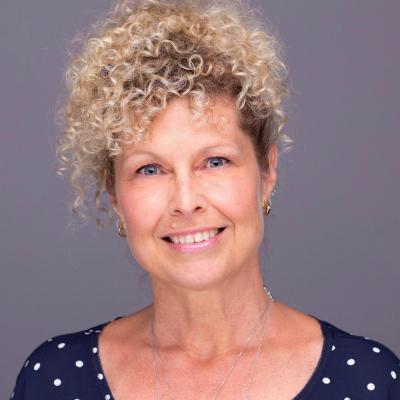 "As coaching becomes more commonplace and high achievers use coaches as one more tool in the toolbox, both parties need to stay on point and be sure that that they step up to that cliff edge of growth. If real transformation is to occur, then at some point the engagement should become downright uncomfortable — for both the coachee…and the coach!" - this is brilliant. I will be sending this to clients. Thanks, Jeff, for articulating so thoughtfully and with a great example.