Webinar: A New Hierarchy of Needs 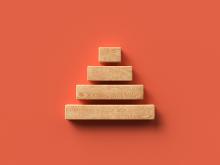 Scott Barry Kaufman will present his research on self-actualization, revising Maslow’s famous “hierarchy of needs” for the 21st century. He will argue that the revised hierarchy of needs provides a useful framework for what he calls “self-actualization coaching.” He will review each of the needs and discuss how a deep integration of them all is necessary for becoming a whole person and experiencing transcendence in one’s daily life. 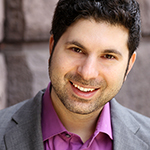 Scott Barry Kaufman, Ph.D., is a cognitive scientist and humanistic psychologist exploring the mind, creativity, and the depths of human potential. He is founder and director of the Center for the Science of Human Potential and is an Honorary Principal Fellow at the University of Melbourne’s Centre for Wellbeing Science. He is author/editor of 9 books, including Transcend: The New Science of Self-Actualization, and is host of the #1 psychology podcast in the world— The Psychology Podcast— which has received over 20 million downloads. Dr. Kaufman received a Ph.D. in cognitive psychology from Yale University and has taught courses on intelligence, cognitive science, creativity, and well-being at Columbia University, Yale, NYU, the University of Pennsylvania, and elsewhere. In 2015, he was named one of “50 groundbreaking scientists who are changing the way we see the world” by Business Insider.

Join us for a compelling discussion with four women leading in the coaching industry as scholars, founders, creators, and educators as they dive into the journey to leadership in coaching, the value diversity brings to the coaching profession, and initiatives that are on the horizon.

Join Pamela Larde and other IOC Fellows to discuss the "Impact of Black Women in Coaching: Paving, Repairing, and Innovating the Industry" webinar.  We will be discussing key themes as they apply to our coaching practices.

Executive coaches routinely use feedback to enrich their reflective practice and professional development. Most of them actively seek developmental feedback from peers, mentors, supervisors and assessors.