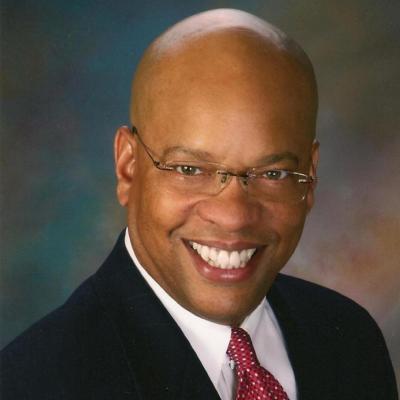 Mr. Hamilton received a BA degree from Fisk University (cum laude- BOD member,1979-83), and a MPA, Labor Policy degree from The University of Alabama (high honors-Pi Sigma Alpha honorary) where he was an American Political Science Association funded Fellow and later Visiting Lecturer at the Culverhouse College of Commerce and Business Administration. He is a life time certified Senior Professional in Human Resources- SPHR (Society of Human Resource Management) and has received the “CCP” designation (Certified Compensation Professional) from World at Work. He completed the Harvard University, School of Business “Strategic Human Resources “course and the coursework and comprehensive examination requirements for the Executive Leadership Doctoral Program (Ed.D.) at The George Washington University in June, 2002 but withdrew in the dissertation phase of the degree program for personal family reasons in the Fall, 2008.  He was subsequently awarded the Ed.S. degree from the University (Human Resources Development) in January, 2009.  He is a certified “Workplace Mediator and Trainer” by the Mediation Training Institute. He is a Board-Certified Coach (BCC, #4248) via the Center for Credentialing and Education.

Mr. Hamilton is a Life Member of both the Fisk University Alumni Association and Kappa Alpha Psi Fraternity, Inc.  He was inducted into the Tampa Bay area Suncoast Girls and Boys Club Hall of Fame in 2007. In 2009, his undergraduate alma mater, Fisk University, awarded him the University’s highest alumni award, the Fisk Alumni Achievement Award for Professional Achievement.  In 2014, he was named to the Ypsilanti (MI) High School Athletic Hall of Fame, In 2018, he was inducted into the of Fisk University Athletic Hall Fame. Mr. Hamilton is married to the former Lisa Banks and they are the proud parents of three adult children.